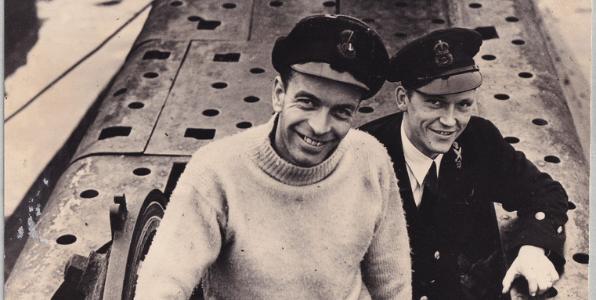 One of HMS Seraph’s crew was a very well-known Gosport figure. Any submariner serving in Fort Blockhouse knew the name ‘Mickey Budd’, and he went on to be one of the early staff members at the Royal Navy Submarine Museum. 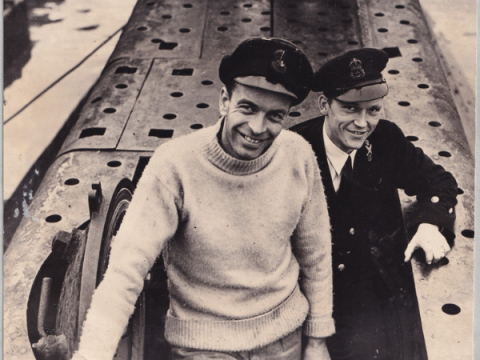 Spending most of the Second World War serving on HMS Seraph, Budd took part in many successful actions and special operations as part of the engine room staff. 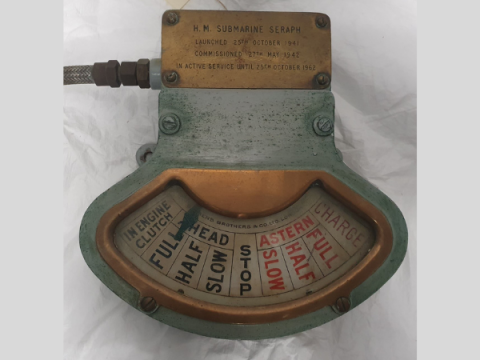 The engine room telegraph of HMS Seraph – Credit: The National Museum of the Royal Navy

Budd was awarded the Distinguished Service Medal for his part in Seraph's patrols in 1943-1944, during which three enemy ships and seven small craft were sunk. 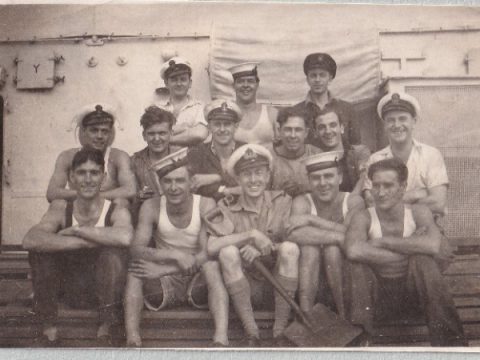 The Engine Room staff of HMS Seraph on their depot ship, HMS Maidstone, 1942. Mickey Budd is back row, far right – Credit: The National Museum of the Royal Navy.

Recalling one incident in 1944, where the submarine had gone past its safe diving depth of 300 feet and hit the seabed, Budd recounted:

“As I climbed through the engine room bulkhead door, I heard a loud thump and could hear water rushing in…there was an ominous creaking sound and as I watched the pressure hull split, admitting a very fine spray into the engine room…Fingers were crossed as air thudded into the tanks once again and the amps poured into the electric motors as full astern was ordered. At first the needle remained stuck but as the fuses blew and the smell of electrical burning filled the boat, she started to move. The seraph, beautiful seraph, took to her wings and shot upward and backwards to the surface to remain rolling gently in the swell without any engine or electrical power and finished as an operational boat, but alive and basking in the daylight”.

Leaving Seraph in June 1945 at the end of hostilities in Europe, Budd was appointed Naval Officer in Charge (NOIC) of the Type XXI German U-boat U3515 that was surrendered at Lisahally, Northern Ireland.

Budd successfully delivered the submarine to the Russian Navy at Libau (now Liepaja, Latvia) in late 1945, returning to the UK and HMS Dolphin in December of that year to become spare crew.

Budd stayed in the Submarine Service until 1957, and served at a shore establishment until 1964.

At the Submarine Museum

Coming out of retirement in 1979 Budd joined the staff of the Royal Navy Submarine Museum at Gosport, looking after medals and acting as a technical advisor for the displays. 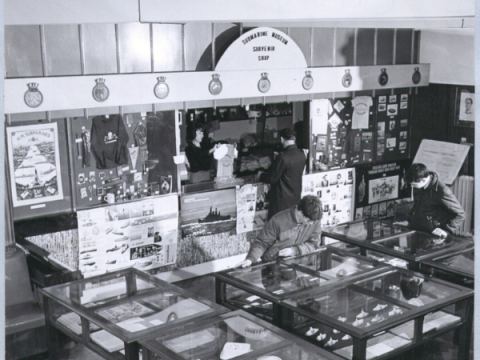 The Submarine Museum as it looked when it first opened in Rosario Block of Fort Blockhouse (formerly HMS Dolphin) where Mickey Budd was the technical advisor and helped with the move to the current site adjacent to the base in the early 1980s – Credit: The National Museum of the Royal Navy.

A regular at the Wardroom in Fort Blockhouse (formerly HMS Dolphin, the submarine base), after Budd’s death they placed a photograph of him up behind the bar and christened it "Mickey's Corner". 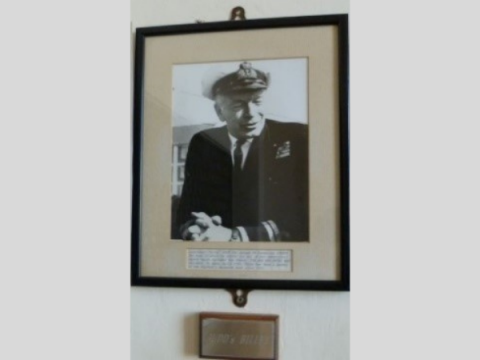 A portrait of Budd in “Mickey’s Corner” – Credit: The National Museum of the Royal Navy.

He left the Museum in 1992 due to illness, and sadly passed at Royal Naval Hospital, Haslar, Gosport in March 1993.