Operation Mincemeat: HMS Seraph’s Special Operations And “The Man Who Never Was” 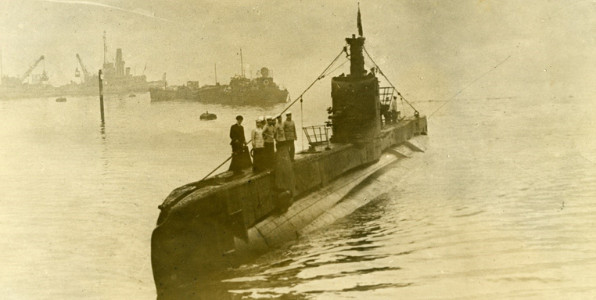 HMS Seraph’s Special Operations And “The Man Who Never Was”

Header Image: The men of HMS Seraph stand in front of its conning tower – Credit: The National Museum of the Royal Navy

HMS Seraph’s clandestine operations during the Second World War are legendary. One of the most famous is Operation Mincemeat and in 1956 the story was turned into a popular British espionage thriller, 'The Man Who Never Was'.

Recently the story's been given the Hollywood treatment and Operation Mincemeat starring British actors Colin Firth, Matthew Macfayden and Jason Isaacs was released in April 2022.

In this blog, we take a look at the operations that HMS Seraph was involved with and some of the artefacts in the National Museum of the Royal Navy's collection.

This is HMS Seraph's battle honours board which tells us where she operated, but not the extraordinary detail of the operations. 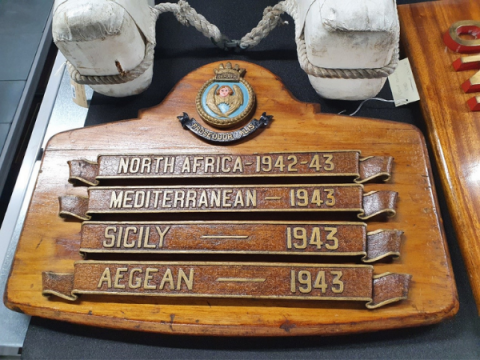 HMS Seraph’s battle honours board, showcasing its operations – Credit: The National Museum of the Royal Navy

In October 1942 Seraph carried out beach reconnaissance by periscope, prior to the North Africa landings of Operation Torch.

She then played a key role in Operation Flagpole, landing a party of American officers (including General Mark Clark) near Algiers for secret meetings with the Vichy French, to smooth the way for the upcoming Torch landings. 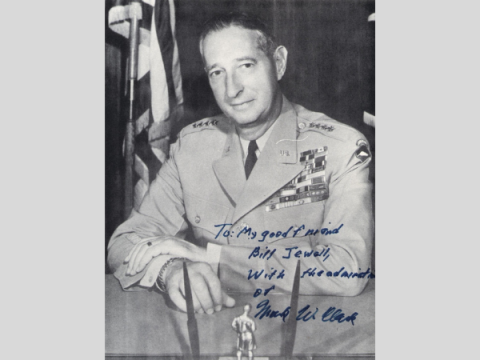 A photo of Captain Wright, to be given to Lieutenant Jewell – Credit: The National Museum of the Royal Navy

Together they evacuated the escaped French General Giraud near Hyeres on the south coast of France. This evacuation was to help gain French support in North Africa.

As Giraud refused to board a British vessel, the submarine flew American colours and the crew affected American accents.

In December 1942 Seraph was assigned to another secret mission, to conduct reconnaissance of the Mediterranean Island of Galita, which was occupied by German and Italian forces.

This reconnaissance was to establish whether Galita could be successfully attacked by a commando force.

For this mission the submarine carried an extra crewmember, Bill Darby, who commanded the 1st Ranger battalion.

The Army Rangers are a highly trained assault force, and the American equivalent to the British Royal Marine Commandos.

Photographs were taken on the operation, but eventually it was ruled that no troops could be spared.

The submarine was fired on from the shore and on returning Seraph rammed one U-boat and fired torpedoes at another three.

In April 1943 HMS Seraph’s crew loaded a 400 lb. cylindrical metal canister marked “Handle with Care – Optical Instruments”. They joked about taking on board “John Brown’s body” or “our new shipmate Charlie”. Little did they know how close to the truth they were.

Operation Mincemeat was one of the great counterespionage coups of the war. Inside the canister was the body of a young homeless man kitted out with uniform and papers designed to convince the enemy that he was a Royal Marine officer killed in an aircraft crash during a secret mission to Allied HQ in North Africa.

On the moonless night of April 30, the body of a “Major Martin” was slipped into the sea off the coast of Spain.

Chained to his wrist was a briefcase containing documents naming Sardinia and Greece as the target for a major Allied offensive in the Mediterranean, which provided cover for the real invasion of Sicily.

The papers reached the chief of German military intelligence, and were accepted as genuine, leading the Germans to divert forces away from the defence of Sicily. These events were immortalised in the 1956 film 'The Man Who Never Was' and more recently in the film 'Operation Mincemeat'.

In July 1943 Seraph was involved in Operation Husky, acting as a beacon to guide the invasion force towards the coast of Sicily.

She once again crept towards the coast of Europe under the cover of darkness, this time to drop a new type of buoy containing a radar beacon 1000 yards off the beach at Gela.

The destroyers who led the flotillas of landing craft, which contained troops from the 46th Infantry Division, would lock onto the homing beacon.

Seraph was to remain in position for the first wave of the invasion and then move away.

They were a mile away from the shore, the sun was rising, and if spotted by the Italians they would have been a sitting duck.

A German E-boat spotted them in the fog as they laid the buoys and they quickly dived.

If Seraph had been identified it would have put the whole operation at risk, but thankfully the mission was a success.

For the remainder of 1943 Seraph patrolled the Aegean and Mediterranean sinking enemy shipping, before returning to Chatham for a refit and a much-needed rest for the crew.