Plan a visit
Visit us

Explore the fascinating and powerful world of naval warfare at the award-winning Explosion Museum of Naval Firepower.

Uncover the incredible stories of designers, makers, and seaman who worked on armaments over the centuries and listen to first-hand accounts of the munition workers who dealt with dangerous materials.

Housed inside Priddy’s Hard, an 18th Century former Royal Navy armaments depot, you can marvel at missiles, torpedoes, small arms, cannons, and guns as well as the ammunition that was used inside them.

Don’t forget to visit the remarkable new permanent gallery; The Night Hunters: The Royal Navy’s Coastal Forces at War. Discover the high-risk, high-octane operations of the coastal forces in both world wars.

View on map Opens in new window Book a ticket 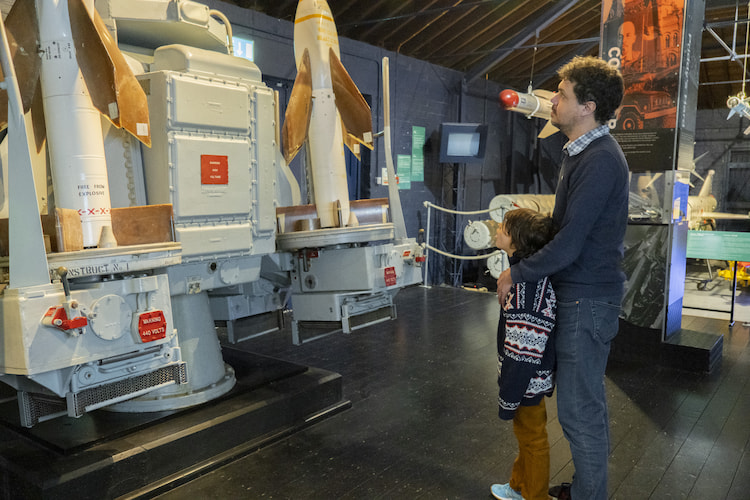 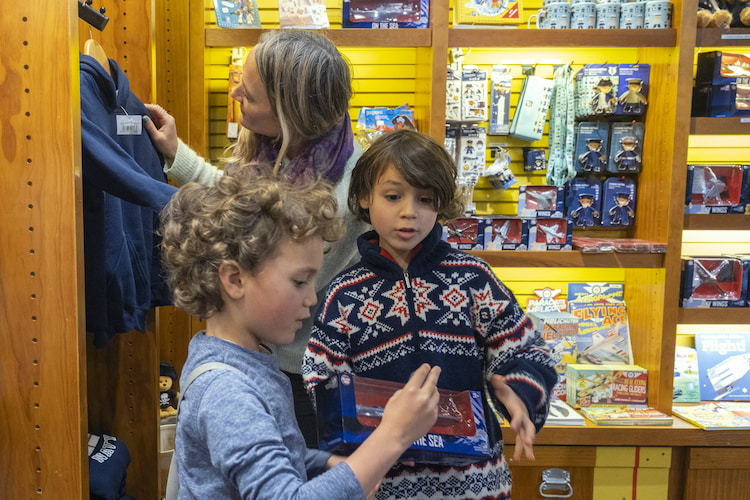 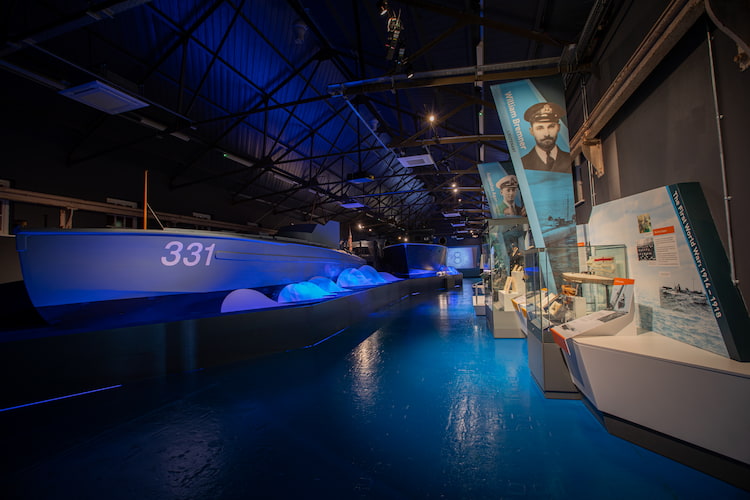 An adventure for all the family

The Explosion Museum in Gosport is the perfect place for an adventure with family and friends. Discover a range of munitions and artillery from cannons to missiles and learn about the workers that created them.

Wander through the original buildings used to store armaments and weaponry for over 200 years. Immerse yourself in historic displays that tell the story of those who worked at Priddy’s Hard and the weapons they created. 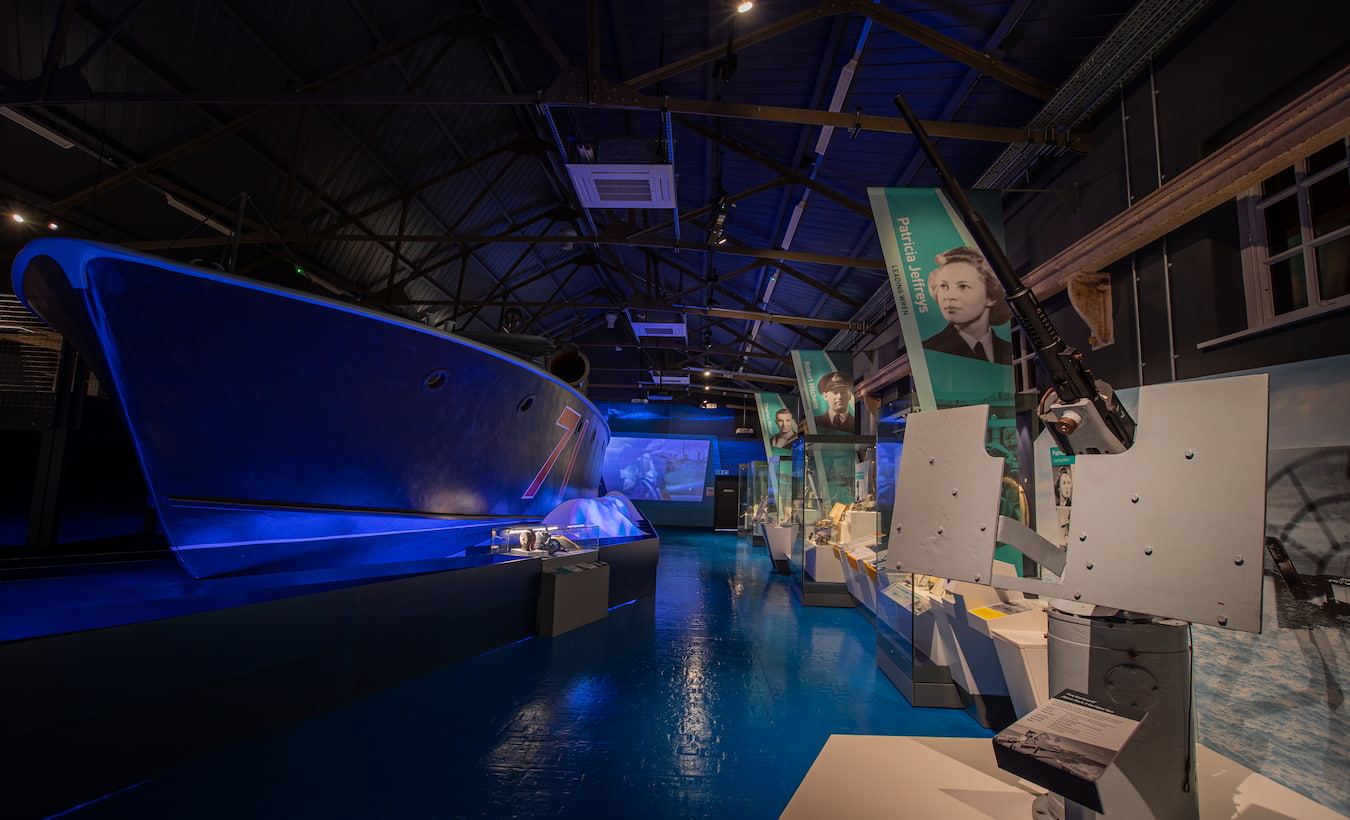 Due to circumstances beyond our control, the Night Hunters exhibition will be closed today (8 July 2022). Please keep an eye on our website and social media channels for updates.

Enter into the high-risk, high-octane world of The Night Hunters in our new exhibition at Explosion Museum of Naval Firepower.

You can access our museum by car and if using a satnav device, please use the address: Heritage Way, Priddy's Hard, Gosport PO12 4LE

Polite notice: Whilst the postcode is correct, satnavs may direct you to the centre of the naval base. Please follow tourism signs for the Explosion Museum of Naval Firepower once you've entered Gosport.

A Waterbus from the Historic Dockyard runs regularly to the museum.

The Waterbus is, unfortunately, unable to accommodate wheelchairs, due to the unsuitability of the jetty and steps.

A suitable wheelchair can be pre-arranged to meet the waterbus on arrival in Gosport. Please ask a member of staff for details or email GosportDutyManager@nmrn.org.uk to confirm availability

Please note that your safety is our number one priority and the sea is subject to change. Due to this, the waterbus may not be running. In the unlikely event, the waterbus stops running when visiting one of our Gosport sites from Portsmouth Historic Dockyard, you will need to arrange alternative travel back. This can be on the Gosport Ferry, which is larger than the waterbus so can operate in rougher conditions, or arrange a taxi from a local company. The National Museum of the Royal Navy will not be able to reimburse you for alternative travel arrangements.

You are able to walk between our two Gosport sites. Please note however that this is a 2-mile walk and will take roughly 40 minutes.

We welcome all visitors to the Dockyard and we have tried to make it as safe as possible. However, some of our attractions are historic buildings and ships, and we know that there can be challenges for some visitors.

For those who believe they will be limited in their visit or need extra support, we do offer access restriction discounts, free carer tickets, and on-site additional support.

Enjoy one of Gosport's best-kept secrets when you visit Camber Lights Café at Explosion Museum of Naval Firepower. Sit back and admire the scenic surroundings of Portsmouth Harbour.

The café serves a range of cold and hot drinks, cakes, and snacks - perfect for hungry adventurers. The café is open to non-museum visitors as well. Open from 10 am until 4 pm daily.

Bring your own food

You are welcome to bring your own food and have a picnic on site.

The following safety measures will be implemented when visiting the Historic Dockyard attractions;

Due to the potential impact of COVID sickness within our teams; NMRN may be required to adjust opening hours or close sites at short notice. Whilst all efforts will be made to avoid this and to contact ticket holders ahead of visits we do ask you to check our Facebook and Twitter accounts for details of closures. We apologise for any inconvenience this may cause and thank you for your understanding.

If you would like to get in touch or have a specific enquiry please email: enquiries@historicdockyard.co.uk.

Find out more information on our dedicated school visits page.

Groups of 15 or more are welcome at the Explosion Museum.

Want to come back and experience the thrills of the Explosion Museum of Naval Firepower again?

Book your ticket to Explosion Museum of Naval Power now

Book online and save 20% 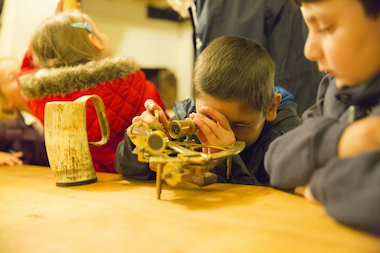 Find out about school visits 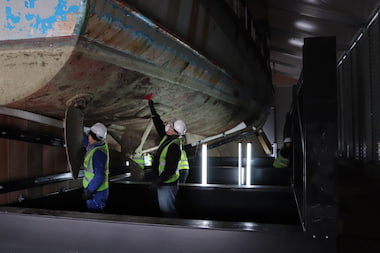 Browse our online shop for the latest collection of naval themed gifts and souvenirs.